I do agree with most of the paleo diet principles, but after endless hours spent on finding at least one conclusive study in favour of not including legumes and certain whole grains in my diet, I came into the conclusion that all the exposed paleo reasons for the banning of legumes and grains sound lame, to say the least. Of course, we are going to exclude in this conversation one valid reason which we agree with: the modern way of production of our food. Spraying, processing, genetic modification etc. At least one of these is usually present in nearly all types of food and can’t be justified just to grain and legumes. Today, the human being, in general, has literally no chance to obtain pure natural food that is not poisoned in some way.

But honestly, I just can’t imagine Hunga saying to the starving Bunga “Watch out for those beans! They have lectins!!” Yes, cavemen had legumes on their menu, despite popular belief that palaeolithic men didn’t eat legumes in their diet.

Legumes and Grains Are Bad For You or Good For You ?

What is the problem ?

The Paleo Dogma claims that legumes and grains are bad for you and should be excluded from the diet because they contain toxic anti-nutrients called lectins and phytic acid. They also have plenty of FODMAPs which disagree with a lot of people and so “feared gluten.” But there are a few reasons why these studies cannot be literally extrapolated to humans.

Lectins are a kind of protein that can bind to cell membranes. Studies have shown that lectins can impair growth, destroy skeletal muscle, damage the lining of the small intestine, and interfere with the function of the pancreas. Sounds pretty serious, right?

1#The studies have shown that animals consumed much larger amounts of lectins than a human could ever get from a varied diet which includes legumes.

2# These studies are based on consuming lectins from raw legumes. We’ve known for centuries that uncooked beans are dangerous. Even the popular study so often cited by paleo advocates, in which humans were harmed by consuming legumes describes hospital patients who ate legumes that were not cooked properly. It is very significant because humans cook legumes before eating them, and cooking almost completely neutralizes the lectins found in most legumes. 15 minutes of normal cooking in temperature over 100C or pressure-cooking for 7.5 minutes almost completely inactivates the lectins contained in legumes, leaving no residual lectin activity. So suggesting that we shouldn’t eat cooked legumes because one or the other study shows that raw legumes cause disease does not make any sense here. You probably agree that eating raw meat wouldn’t be a good alternative. If I missed something major, please make a comment.

3# Simple sugars found in food can bind to lectins and diminish their toxic effect. So even if there is a small amount of lectin left after cooking, it’s unlikely that it will have a detrimental effect given the presence of simple carbs in legumes that can bind to the proteins.

4# In fact almost every plant we eat contains small amounts of toxins because some of them are the part of their natural defence system. In most cases, these low levels of toxins don’t harm us, and they even may provide health benefits. They can break down the membranes of cancer cells (reducing colon, prostate, and other cancers), fungi, bacteria and viruses. To give you an example, the compounds that we call “antioxidants” like polyphenols found in blueberries and dark chocolate are actually “pro-oxidants” which cause mild oxidative stress and thus upregulate our body’s natural defence systems.

5# To conclude, if lectins are such a problem then you have to cut out a lot more than legumes from your diet. Lectins are present in over 50 fruits, vegetables, and spices. To name a few, you will find them in carrots, melon, grapes, cherries, raspberries, blackberries, garlic or mushrooms.

Phytic acid is the storage form of phosphorus and can be found in many plants: Bran, grains, nuts and seeds. Unlike herbivores like sheeps or cows, humans can’t digest phytic acid. This is particularly bad news because phytic acid binds to minerals (especially iron and zinc) in food and prevents our bodies from absorbing them. It’s important to note here that phytic acid does not prevent absorption of minerals that are already stored in the body. It only inhibits the absorption of minerals from food in which phytic acid is present. It also interferes with enzymes needed for digestion of our food, including pepsin (needed for the breakdown of proteins in the stomach), amylase (required for the breakdown of starch), trypsin (needed for protein digestion in the small intestine). Scary again 🙂

1# True. Diets high in phytic acid contribute to mineral deficiencies. But it’s also true that we can tolerate moderate amounts without being harmed. Our gut bacteria produce enzymes that break down phytate and extract the nutrients the body needs. Apart from that many “Paleo-friendly” foods contain substantially higher amounts of phytic acid than legumes. Trail mix (beloved Paleo favourite), cacao beans chocolate (about the same amount of phytic acid as most beans), or spinach (higher in phytic acid than almost any legume, nut or seed).

2# There’s the evidence that phytic acid may have some beneficial effects. Preventing the formation of free radicals would also make phytic acid an antioxidant. It also prevents the accumulation of heavy metals in the body and plays a role in cellular communication. The average daily intake of phytate in vegetarian diets is nearly twice that of those eating plant and animal foods. This may help explain their lower cancer rates. Apart from helping to prevent cancer, dietary phytate has been also reported to help prevent heart disease, the formation of kidney stone, and it also protects us against diabetes mellitus and dental cavities.

3# Many traditional cooking methods go quite a long way in reducing phytic acid content and making digestion easier: Soaking can help reduce the phytic acid, but it doesn’t completely eliminate it. Sprouting is the most effective method for legumes. It reduces phytic acid by 25 to 75 percent. Fermentation also greatly reduces the content of phytic acid in many different types of food. The effectiveness will depend on the type of legumes or grains, and the used method.

FODMAP stands for Fermentable Oligosaccharides, Disaccharides, Monosaccharides And Polyols. These short-chain carbohydrates are incompletely absorbed in the gastrointestinal tract and can be easily fermented by gut bacteria. It can be a cause of major IBS symptoms such as gas, bloating, pain, diarrhoea, and many other digestive problems including allergies. Some studies even show the connection between gluten sensitivity and the FODMAP carbohydrate found in wheat, instead of gluten.

Not everyone is sensitive to FODMAPs or gluten. That’s like saying that everyone should avoid nuts because some people are allergic to them. Many of these paleo banned foods are also high in resistant starch which is linked to increased satiety, improved weight, and even better digestion. 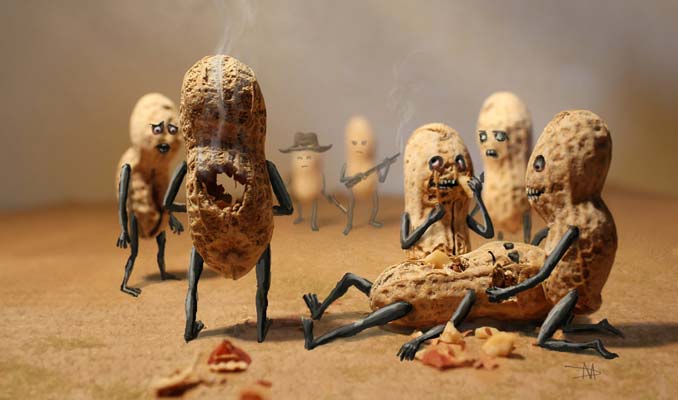 Raw peanuts and peanut oil have relatively high lectin and phytic acid comparing to other legumes. Some data in animals showed that peanut lectin may contribute to atherosclerosis by stimulating the growth of smooth muscle and pulmonary arterial cells. On the other hand, another study (including clinical trials) in animals and humans have found that peanuts and even peanut oil reduce cardiovascular risk factors.

Peanuts also bring a new guest to the party: aflatoxins. Aflatoxins are produced by a mould that tends to grow on peanuts as well as other crops like corn. It thrives on crops stored in warm, humid places, and it’s so difficult to get rid of aflatoxix, that the FDA has declared it an “unavoidable contaminant.” Organic or all-natural, it does not matter. Peanuts have to be stored and transported so unless you’re picking them directly from the farm, you’re probably getting some aflatoxins, and they’re not something you want. Research has linked long-term consumption of aflatoxins with the risk of cancer and hepatitis B. Because of this conflicting data, I would exercise caution here. Raw peanuts also unlike many other types of lectins are heat resistant, so cooking methods don’t help to eliminate lectin here. 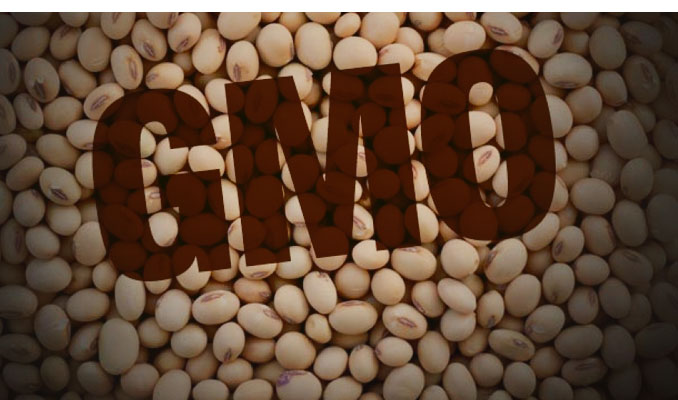 Beloved by the modern diet industry because it’s cheap to grow and incredibly easy to process into almost anything. Apart from containing lectins and phytic acid, soy has one particular nasty downside: phytoestrogens. They mimic the action of estrogen in the body like environmental estrogens do. They don’t actually perform any of the vital functions that real estrogen does, but they tend to produce hormonal problems because they tell your body it has enough estrogen, even though it actually doesn’t. Soy also contains trypsin inhibitors, which interfere with protein digestion and increase the body’s needs for several important micronutrients, including Vitamin B12 and Vitamin D.

I would not panic here. Eating soy products in moderation is unlikely to cause extreme problems. But for these reasons and because the phytic acid in soy same as in peanuts is particularly hard to reduce, I would not make a habit out of eating soy. Soy is also the GMO favourite.

The takeaway is this:

Naturally grown legumes and whole grains (with a caution against popular GMOed products like corn and soy) are not bad for you. Saying otherwise is a nonsense. They are rich in complex carbohydrates and fibre and they form the base of food pyramids of the healthiest and longest living cultures. Lectins or phytic acid are not a cause for concern as long as you’re eating them in moderation as a part of the healthy diet, and you use all proved and working cooking methods. If it wasn’t for production methods, people’s greed for overeating and lack of physical activity, we probably would not have this conversation here.